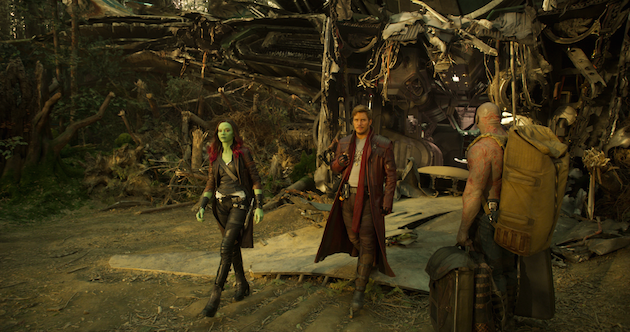 Guardians of the Galaxy Vol. 2

“So, we’re saving the galaxy again?”—Rocket

Set to the sounds of Awesome Mixtape #2, Guardians of the Galaxy Vol. 2 unites this band of heroes as they traverse the universe doing mercenary work in light of their newfound fame. As they seek to unravel the mystery of Star-Lord’s true parentage, old foes become friends and classic characters will aid the Guardians’ in this adventure of galactic proportions.

Now you can relive your favorite band of misfit’s intergalactic adventures! Guardians of the Galaxy Vol. 2 is available on 4K Ultra HD, Blu-ray, DVD and Disney Movies Anywhere. This is the first time the studio has released an in-home film in 4K Ultra HD, offering families an exciting experience with next-generation high dynamic range visuals and Dolby Atmos immersive audio. This format also features resolution that is four times as sharp as HD which means your colors, brights and blacks are all richer, brighter and deeper. When you opt for the Ultimate Cinematic Universe Edition, you will receive a collectible poster (while supplies last), a 4K Ultra HD version of the film, a Blu-ray, a digital copy and over 80 minutes of exclusive, never-before-seen bonus materials. 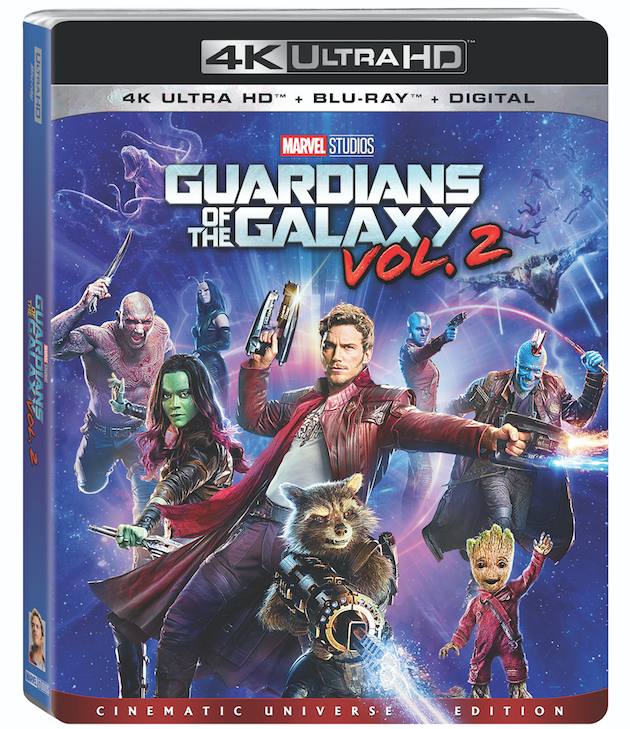 All the features listed above plus four extra exclusives:

*It should be noted that the DVD does not include any bonus materials. 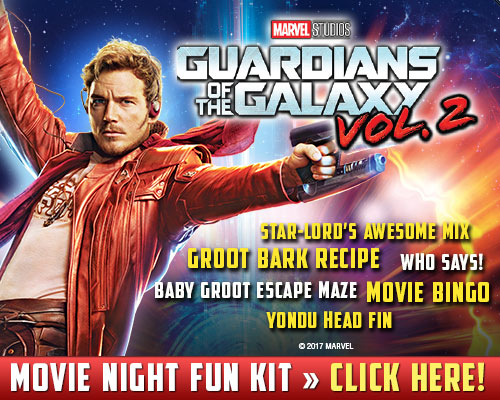 Guardians of the Galaxy Vol. 2 Printables 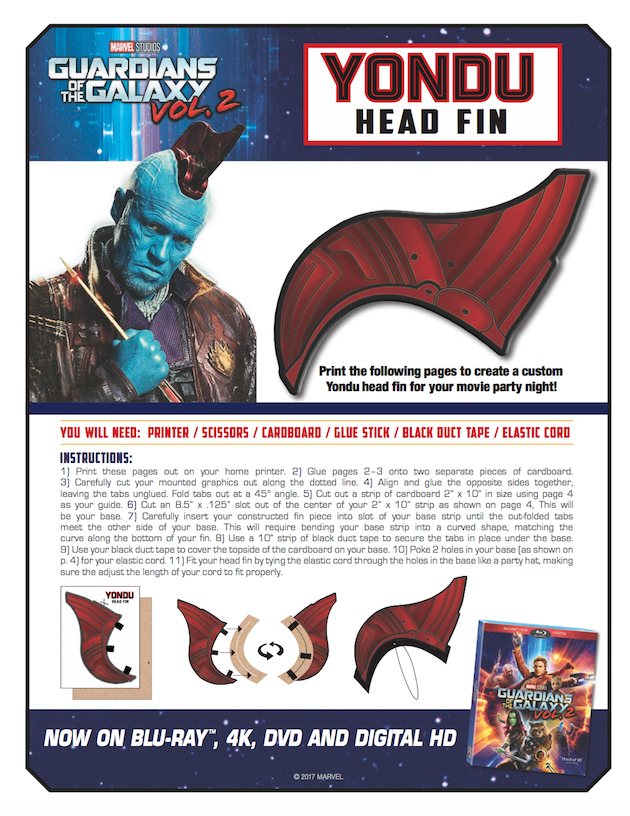 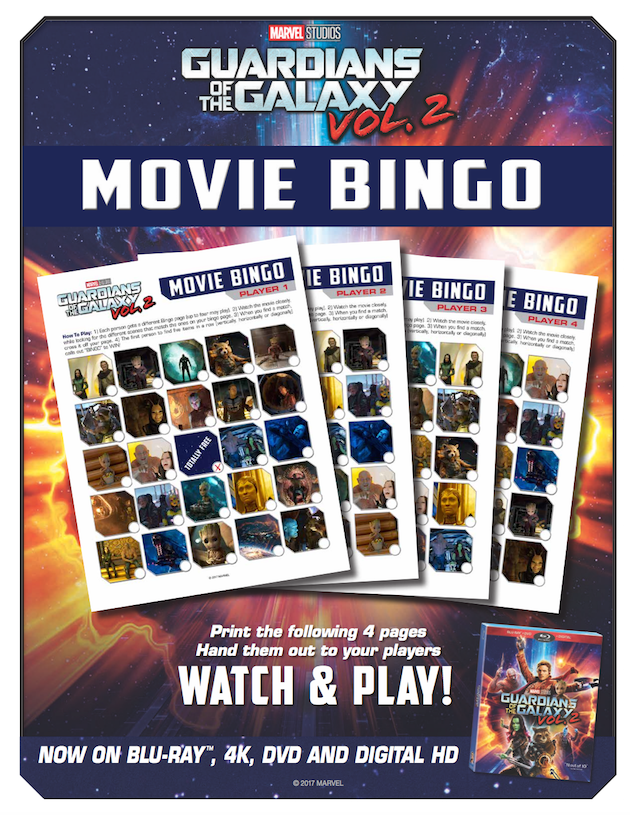 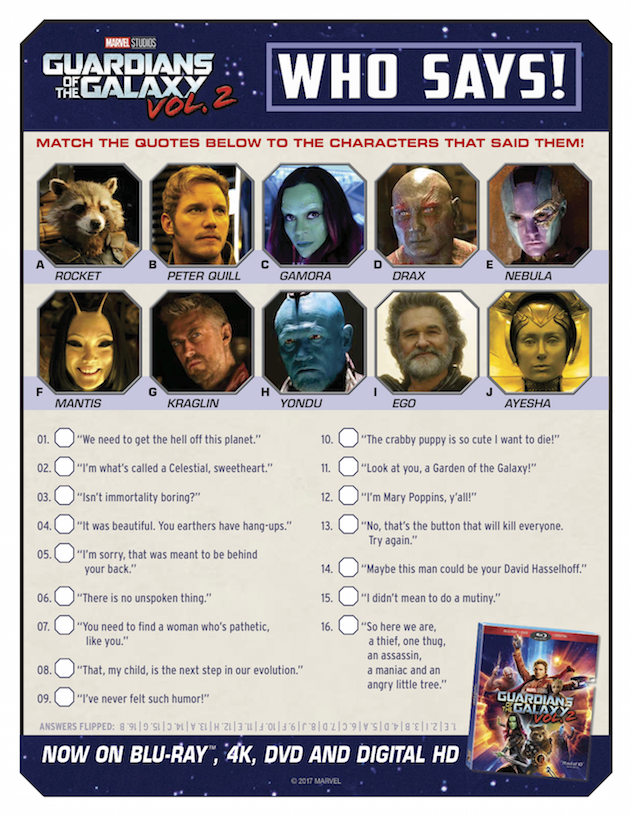 Guardians of the Galaxy Vol 2 Printables

Chris Pratt is Peter Quill/Star-Lord, Zoe Saldana is Gamora, Dave Bautista is Drax, Vin Diesel is the voice of Groot, and Bradley Cooper is the voice of Rocket in Guardians of the Galaxy Vol. 2.