Most weekday mornings, we have just 20 – 30 minutes for breakfast. My kids like to sleep in as late as possible, and given their busy schedules, I typically allow those last minutes of restoration while I’m busy picking out their clothes and getting breakfast and lunch made.  We’re by no means a family of convenience foods, but cereal, frozen waffles, and oatmeal are breakfast staples in our home because it means they actually get to eat without being rushed.  It’s no secret that breakfast is my favorite meal of the day, but my baked treats and elaborate dishes have to wait until the weekend when we don’t have the pressure of the school bell driving us. 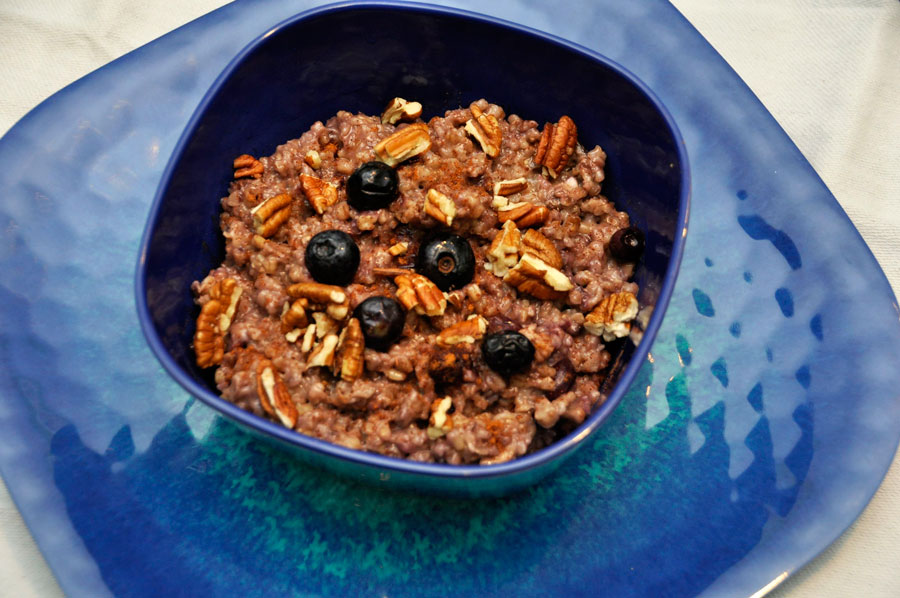 During the week, it isn’t uncommon for both my husband and I to eat steel cut oatmeal several times a week. We prefer steel cut oats because they are minimally processed and high in fiber and protein. The only drawback to using them in oatmeal is the fact that they take quite a bit of time to cook, and the oatmeal is not typically as creamy as that produced from rolled oats. I’ve cooked steel cut oats in the microwave and on the stove, neither of which have really produced the creamy texture I love about conventional oatmeal.  After doing a bit of research, I finally decided to cook these oats in our slow cooker. 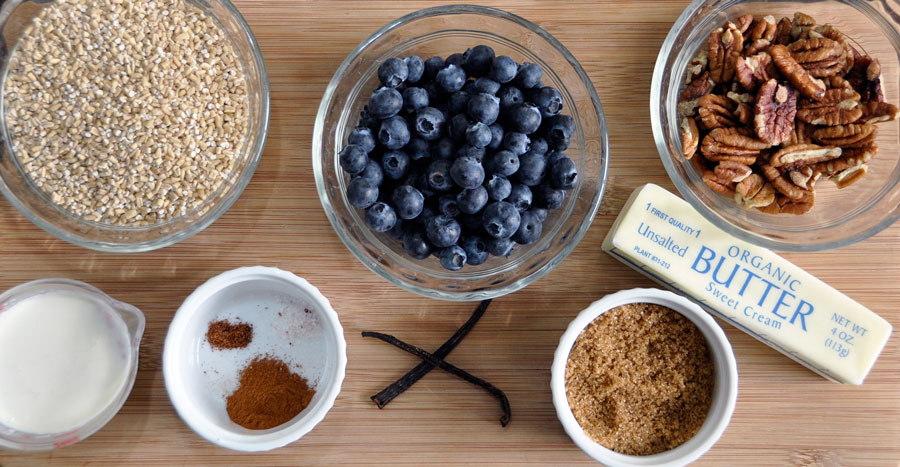 To cook steel cut oats, you really only need water and a dash of salt and very often this is how I eat them.  Sometimes, I’ll add some fresh fruit or a splash of maple syrup as an afterthought if I have time and I remember.  But what if these oats were cooked along with some fresh fruit and a touch of sweetener?  Since we had a huge pint of fresh blueberries that needed to be used up, I decided to toss them in along with some brown sugar, spices, and cream.  Everything you need to make this Slow Cooker Blueberries and Cream Steel Cut Oatmeal Recipe can be found in the grocery section of your local Walmart.

It’s been cold here this week and there is nothing I love more in the mornings than a warm breakfast with a hot cup of tea. While I don’t usually have time to whip up a Spinach, Leek & Gruyere Quiche or Stuffed French Toast, I can definitely throw a few ingredients in our slow cooker and wake up to the delightful smell of this Blueberries and Cream Oatmeal. I don’t use my slow cooker as often as I should, but it is a huge time-saver and the foods typically come out tasting moister and richer in flavor.  I could boil my steel cut oats for 30-45 minutes and the oatmeal still wouldn’t be as creamy as that achieved with my slow cooker.

Some notes about this recipe:

Have you ever used your slow cooker to make oatmeal?  I’d love to have you share your favorite recipes in the comments section below.