Having grown up in Southern California my entire life, I often find that while I’ve ventured all over the second largest city in the US, there are still many places to explore, particularly with my children.  I love finding unique, off-the-beaten activities that offer memorable experiences like Medieval Times Dinner & Tournament in Buena Park. 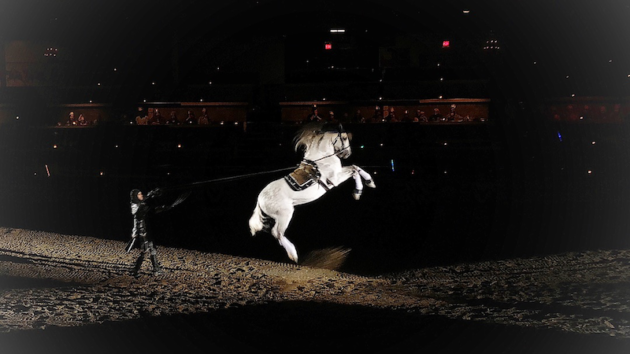 Last week, my kids and I headed over to see the brand new show that recently made it’s debut at Medieval Times Dinner & Tournament. For the very first time in the 34-year history of the show, Medieval Times introduced a female character as the new queen and successor to the throne! The new queen is firm but kind, and inherited the throne after the passing of her father, the former king. 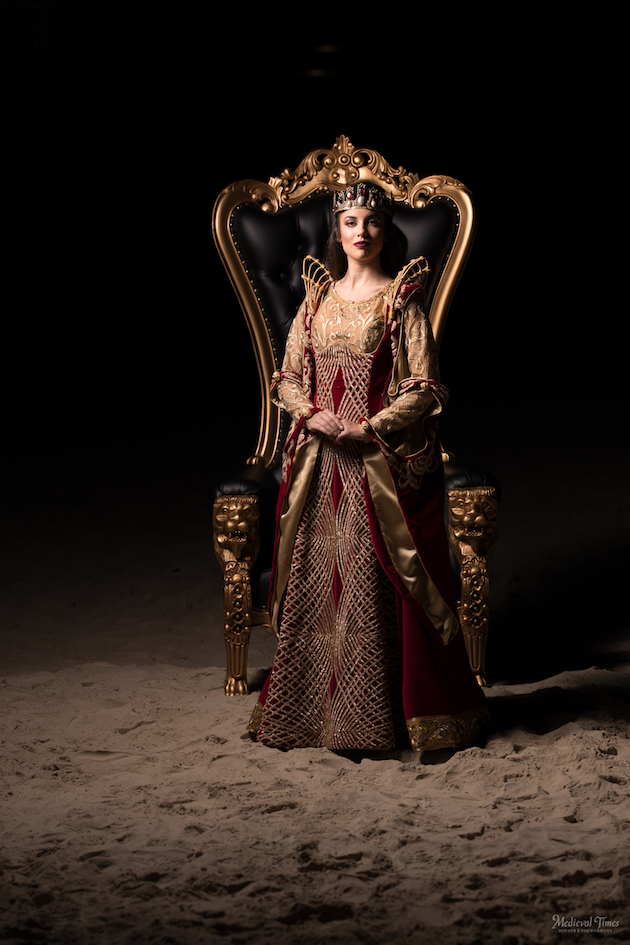 It has been 6 years since the longest running dinner attraction has made any changes to its show, which has been seen by more than 15 million people in the US and Canada.  Taking suggestions from their guests, who provided feedback on the roles that women played within the production, Medieval Times worked to introduce the new show which features an entirely brand new story with new costumes, lighting, choreography, and music. 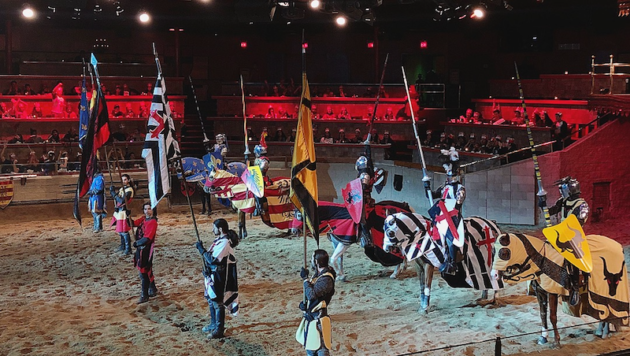 Live jousting, sword fights, horsemanship, and falconry comprise the show where guests are taking back to Medieval Times.  Guests are still divided into teams according to color and rallied to cheer for one of the six Knights of the Realm.

The show is thrilling and colorful, filled with spectacular displays of jousting and horsemanship.  The three of us really enjoyed the show, which still feels familiar but exciting given the recent changes. 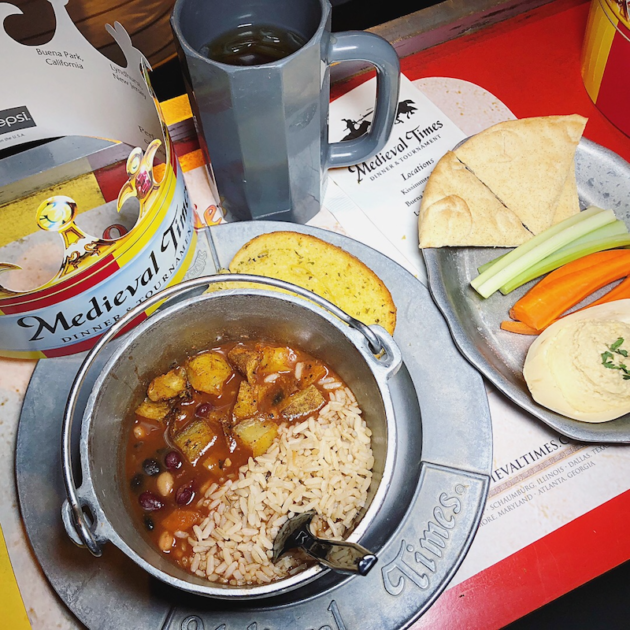 The royal feast at Medieval Times is as integral to the experience as is the horsemanship and the live jousting. The four-course meal includes garlic bread, tomato bisque soup, roasted chicken, sweet buttered corn, herb-basted potatoes, a pastry of the Castle, coffee, and two rounds of select beverages. A full-service bar is also available for adult guests.

Vegetarian meals include hummus, warm pita bread, carrot and celery sticks, three-bean stew with fire roasted tomato and brown rice, fresh fruit or Italian ice, coffee, and two rounds of select beverages. Be sure to request a Vegetarian meal when you purchase your Medieval Times Tickets. 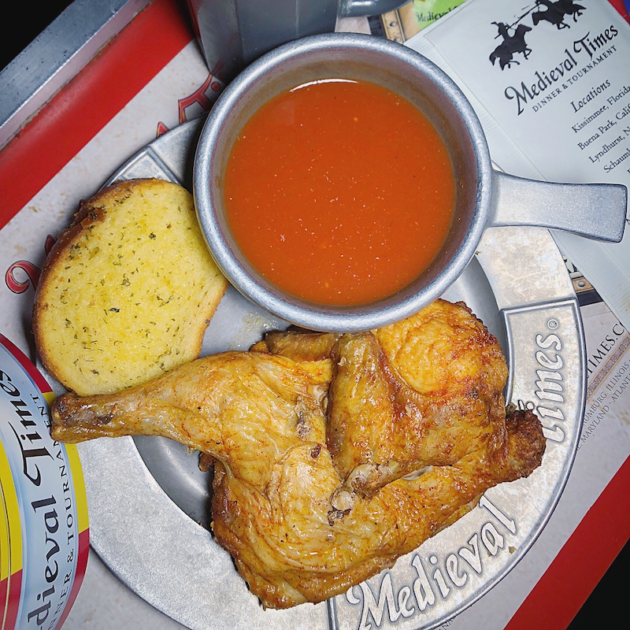 The portions are extremely generous and despite the amount of people the venue is feeding, I still found the meal to be delicious and well-prepared. 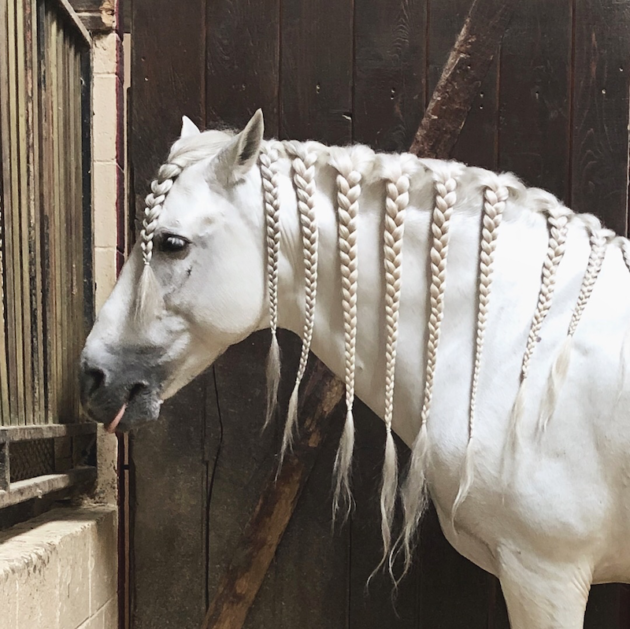 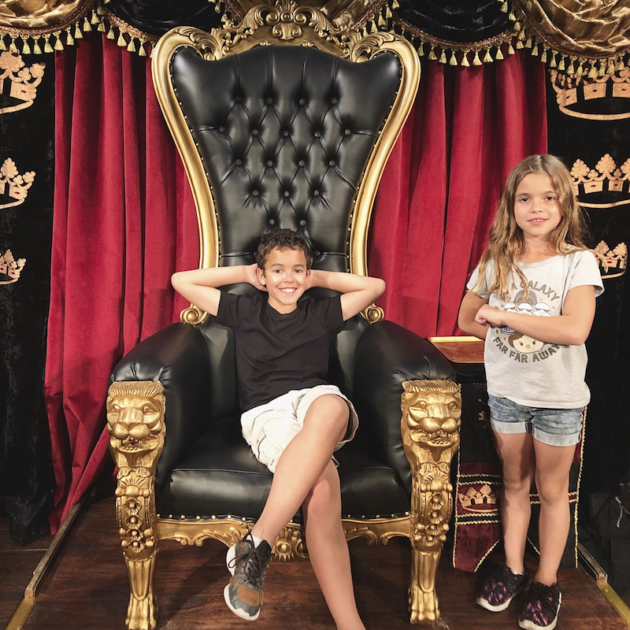 Here is what you need to know before you visit Medieval Times: 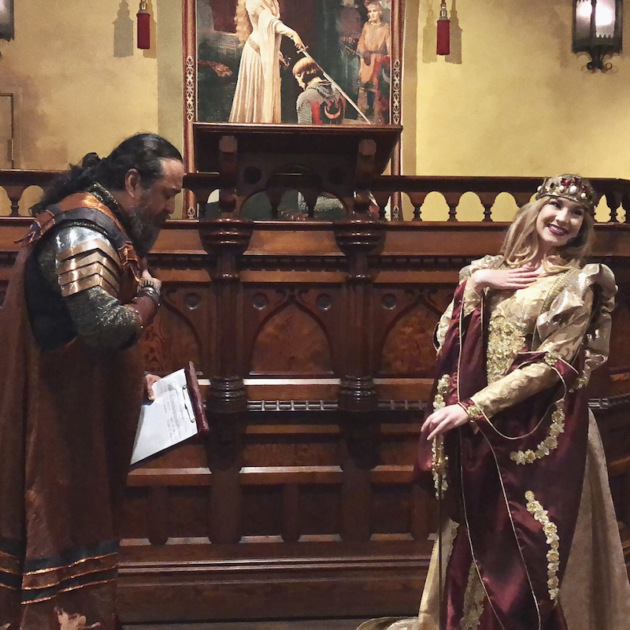 To celebrate the debut of the new show, Medieval Times is offering several deals and discounts.

For more information about the show, or to view their current offers, just visit the website.

A Bronx Tale at Segerstrom Center for the Arts