This giveaway is now closed.  Thanks for stopping by! The winner is Vicki W.  Congrats!

If you’re a parent of a teen or tween, then you’ve most likely heard him/her talk about The Disney Channel’s Emmy-nominated hit series The Wizards of Waverly Place, starring Selena Gomez.  The show is all about her and her two brothers who possess magical abilities.

Walt Disney Records just released  a new CD entitled Wizards of Waverly Place which was inspired by the hit series and upcoming Disney Channel Original Movie (which premieres on August 28).  It features brand new songs and interpretations of classic tracks from the ’60s, ’70s, and ’80s…all about magic.  My husband, son and I are rocking out to these well-known hits (oh we’re so old!).  Its fun and upbeat! You can purchase the Wizards of Waverly Place CD

The Wizards of Waverly Place was recently ranked as the No. 1 TV series for kids and the CD is already a hit!  The CD includes several new songs performed by Selena Gomez including “Disappear,” the rock ballad “Magical,” a new version of Pilot’s 1975 Top 10 Hit “Magic, and the show’s theme song, “Everything is Not as it Seems.”  The CD includes exclusive, behind-the-scenes interviews with Selena and her all-new music video.

6.  Every Little Thing She Does Is Magic Mitchel Musson

9.  You Can Do Magic Drew Seeley

10.  Some Call It Magic Raven-Symone

12.  Everything Is Not As It Seems Selena Gomez

Thanks to Disney Records, one of you is going to have a chance to win a copy of this CD.  But that’s not all!

Children love to dress up like the stars and characters they see on television. Disney recently conducted it’s first Back-To-School fashion show which was co-hosted by Jennifer Stone (from Wizards of Waverly Place) and Chelsea Staub (from Jonas).  The Wizards of Waveerly Place line (described as  boho-chic) is designed for 8-12 year olds and it’s available at JC Penney, Kmart, Sears, Walmart, Target, and DisneyStore.com.

Thanks to Disney Consumer Products, one of you is also going to win an adorable Wizards of Waverly Place outfit from the exclusive line.  Here is what the outfit will consist of: 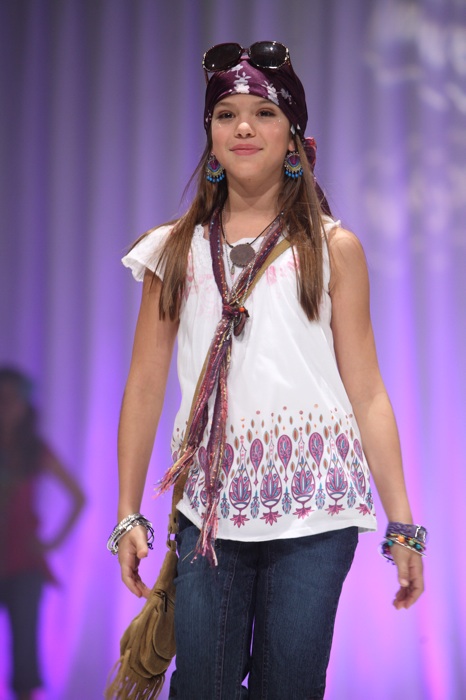 The winner will receive a capri style jean with a beaded bracelet accessory and a Boho Chic style top with a multi-colored purple thin scarf attached to the top (approximate retail value $60). The image above shows accessories not included in the prize.

Win It! To win the above prize pack (CD and outfit), leave me a comment with your favorite song from the soundtrack and something you love about the show.  Comments will close on September 1, 2009 at 10 PM PST. One comment per person, please (unless you do the extra credit). US residents only. Duplicates and comments not including the above information will be disqualified. Comments are moderated. If you don’t see your comment in a reasonable amount of time, send me an email. Bloggers and non-bloggers may enter. If you don’t want to leave your email address, please be sure to check back for my announcement on the winner. Please note that winners must respond within 48 hours of being announced/contacted or another winner will be drawn.

Be sure to leave me a separate comment for each additional entry. 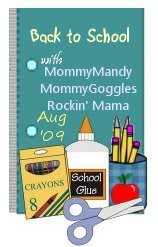 Add the “Back To School” banner to your sidebar and leave me a comment.

Blog about this giveaway. It doesn’t have to be a separate post. Just include a blurb about it when you blog about other giveaways.

Click on one of the very cute buttons below and digg, stumble, fav, etc. Just let me know what you did in the comments!

110 Responses to Wizards of Waverly Place Soundtrack and Fashion Giveaway