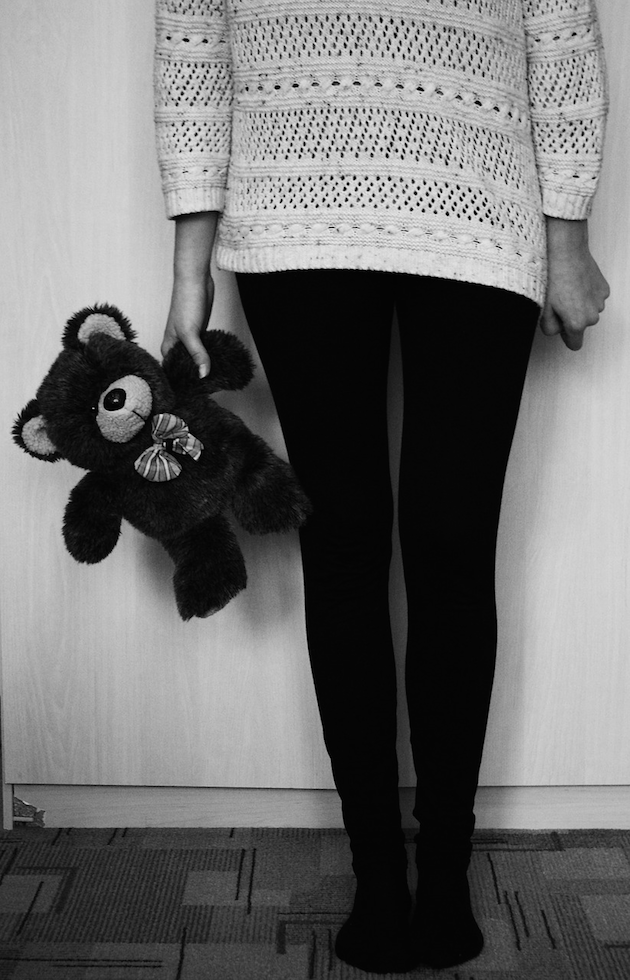 Childhood depression is real. That’s important to know. Depression is the most common mental disorder in the US. When diagnosed, depression is also highly treatable. Unfortunately, the statistics surrounding childhood depression are staggering. 1.8 million children (2.5%) in the US suffer from depression and very often, these children go undiagnosed and untreated for lengthy periods of time. Stigma and silence contribute to delayed diagnosis and treatment. Thankfully, CHOC Children’s is leading the way to provide much-needed resources for children suffering from mental illnesses like depression. 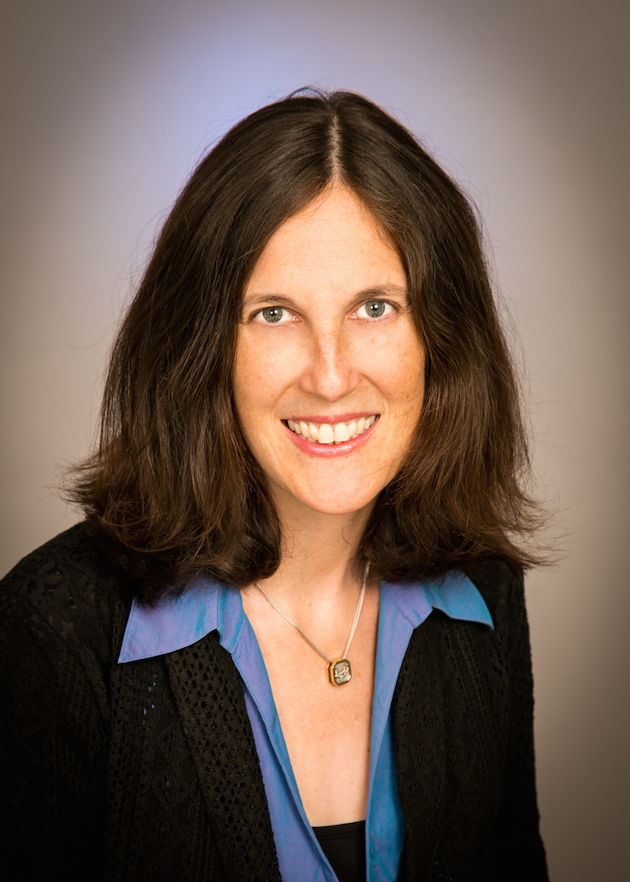 Last week, I had an opportunity to speak with Dr. Marni Nagel, a licensed psychologist at CHOC Children’s. Dr. Nagel shared some very important information about the signs of depression in children, how to distinguish between normal age-related mood and emotions versus childhood depression, and how to seek evaluation and treatment.

What You Need to Know About Childhood Depression

Surprisingly, childhood depression is more common in boys than girls under the age of 10. According to Dr. Nagel, this is important because depression in young children, particularly boys, can present as anger and irritability, and not just sadness. Once children enter adolescence, the statistic flips and depression is more common in girls and can present with the sadness and withdrawal that most people associate with the disorder, in addition to the irritability. 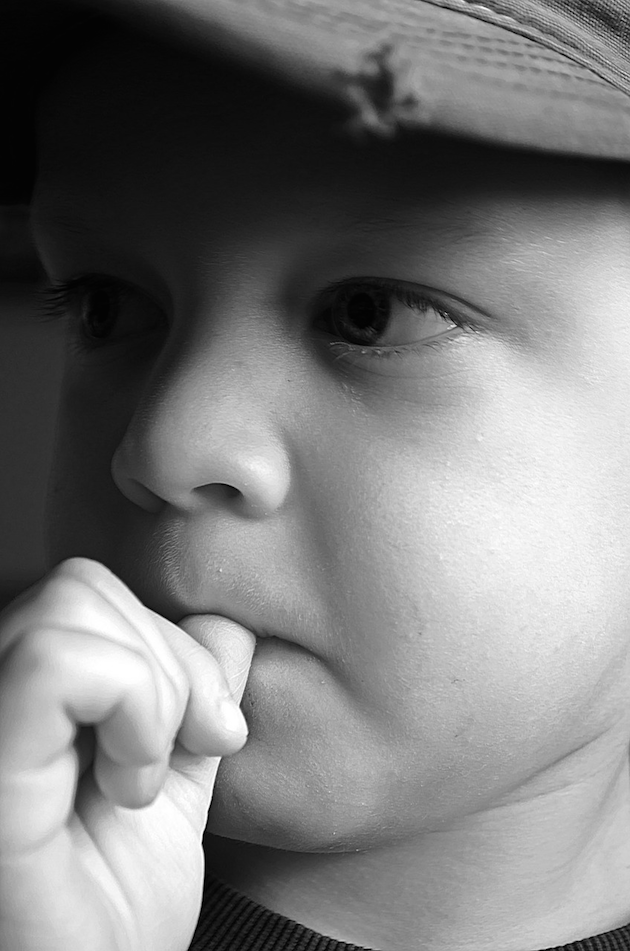 Depression in the Very Young Child

When considering depression, it is important for parents to understand that there is no cut-off with regard to age. Dr. Nagel has worked with children as young as 2 or 3 who displayed symptoms of an adjustment disorder with depressed mood. It is important for parents to pay attention to persistent signs of sadness, withdrawal, irritability, anger, and/or acting out that interfere with everyday activities.

As a mom to 2 children, I’ve experienced my share of temper tantrums. As Dr. Nagel and I spoke about how children regulate their emotions, it became clear that persistence is key in distinguishing between childhood depression and normal, age-related mood and emotion.

It is important for parents to understand that it is common for young children to get upset about things and express those emotions through temper tantrums. Preschoolers, in particular, are learning how to regulate their emotions as they experience disappointment or are told no. Parents should be concerned when a child is very sad, discouraged, or irritable nearly every day for most of the day for at least two weeks, versus a temper tantrum that lasts 10 minutes and then resolves with the child acting like his/her normal, happy self. 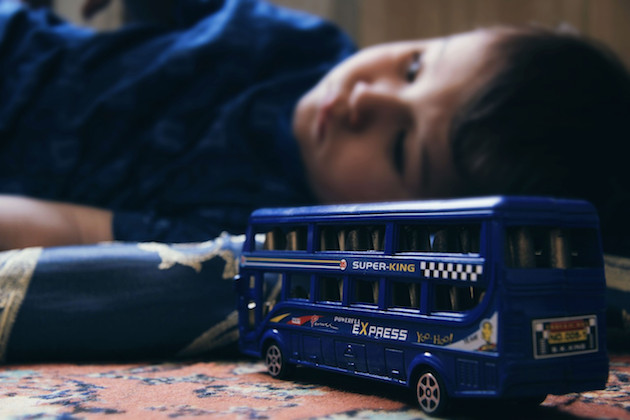 There is a distinct genetic/biologic link for depression. A family history of depression is a risk factor, but parents should understand that while children may be predisposed to the illness, they may not go on to develop depression.

Depression spans across varied populations including gender, socioeconomic status, ethnic groups and other aspects of diversity. Dr. Nagel emphasized that while children growing up with life stressors such as  poverty or extreme stress may be risk factors, there are other factors that will determine whether a child will develop depression. “Children for the most part are very resilient,” said Dr. Nagel. A combination of internal protective factors like temperament and external protective factors, like supportive caregivers can help mitigate the risk. 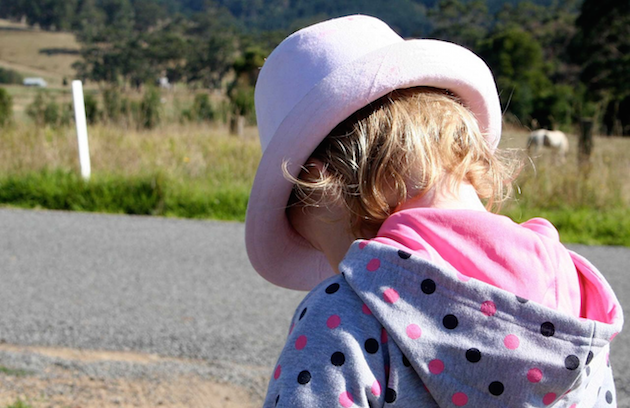 If you are a parent who is concerned that your child may be depressed, here are the signs and symptoms to look for:

A child may not have all of these symptoms and symptoms can fluctuate at different times or in varied settings.

Depression is an illness. If left untreated, it can develop into a very serious illness with life consequences including thoughts of death and suicide. Depressive symptoms can impact all areas of life, and that behavior can be so disruptive, that it interferes with normal activity such as peer relationships, interests, schoolwork, and family life.

Dr. Nagel recognizes that depressive symptoms in children can be confusing, particularly if acting out is the presenting symptom. The perception that the behavior is a stage or that nothing can be done, can lead to a delay in diagnosis and treatment. If you are a parent and you think that your child may be experiencing signs of depression, talk to your pediatrician or a mental health provider.

How Depression is Treated in Young Children.

Once identified, childhood depression is highly treatable. One evidence-based treatment for depression in children is cognitive-behavioral therapy as many antidepressant medications have not been well-studied in children under the age of 8 years according to the National Institute of Mental Health. Therapy can include play therapy to help a child express what he/she is thinking or feeling, teaching coping skills, and expressing emotion in a way that is not disruptive. A child psychologist will also work within a child’s environment to draw on support figures and seek to mediate situations that may trigger emotions. 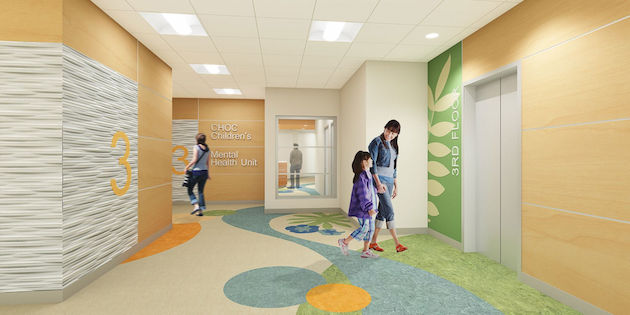 Where to Seek Treatment for Childhood Depression in Young Children

Dr. Nagel recommends that parents reach out to their pediatrician for subtle symptoms. This provides a comfortable environment for parents and children to initiate a conversation about depression. Parents can also seek access to mental health services directly.

CHOC Children’s has prioritized pediatric mental health. Their latest initiative seeks to raise awareness of mental health in children and to destigmatize the topic in order to initiate conversations. CHOC Children’s has created resources where there are few and has partnered with existing resources to increase access to mental health services. Additionally, they have partnered with physicians in the community to screen for mental illness during routine appointments to assist with early diagnosis and treatment.

One out of five children suffers from a mental health condition- that’s more than 150,000 children in Orange County alone. Currently there are no inpatient psychiatric beds for children under 12. CHOC is building a mental health inpatient center that will serve children ages 3 to 18 years old.

WebMD and KidsHealth offer credible information on Depression in Young Children. CHOC also provides several resources including What Parents Should Know About Depression, Coping With Chronic Illness, Kids and Suicide.

One Response to What Parents Need to Know About Childhood Depression

Why Camping is the Vacation Families Need Right Now