Anyone who grew up in the 80s is intricately familiar with the Teenage Mutant Ninja Turtles. Created by Kevin Eastman and Peter Laird, these 4 teen anthropomorphic turtles originated in comic books before landing on the big screen in cartoon television series and films.

Earlier this summer, Paramount Pictures released the sequel to the original feature film Teenage Mutant Ninja Turtles, which featured live-action, motion-capture, and cutting-edge VFX to tell the story of Raphael, Leonardo, Donatello and Michelangelo, who return to fight bigger villains in partnership with April O’Neil and Casey Jones. When supervillain Shredder escapes, he joins forces with henchmen Bepop and Rocksteady to unleash an evil plan to take over the world. As the turtle team prepare to take on Shredder and his gang, a greater threat arises with similar intent…the infamous Krang.

Last month, the film was released on Blu-ray and DVD with a host of bonus features including 40 minutes of exciting bonus content. Take a peek inside the Turtles’ van, go behind-the-scenes to explore Turtleverse, peek under the shell at the film’s special effects and more.

To celebrate the release of Teenage Mutant Ninja Turtles: Out of the Shadows, Kat Sketch partnered to create an impressive make-up tutorial, perfect for Halloween. 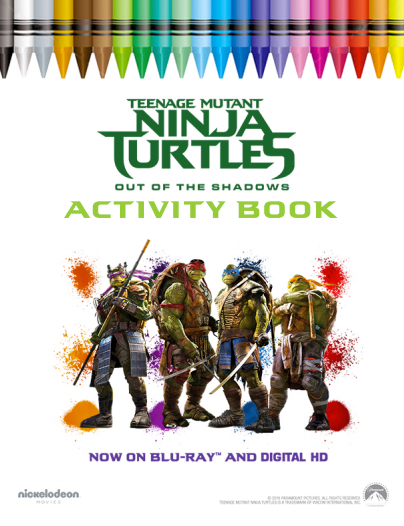 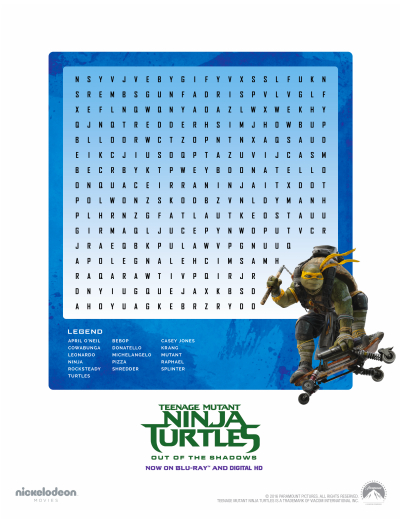 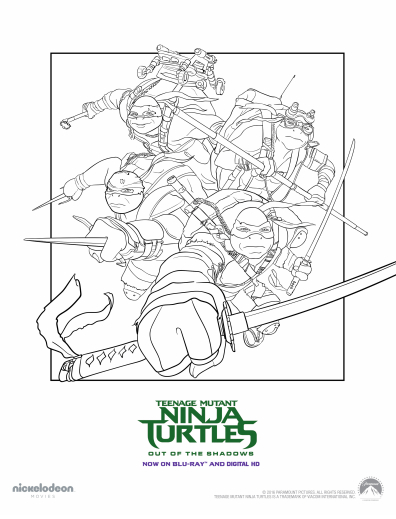 Additionally, you can watch the film, then download these free Teenage Mutant Ninja Turtles Printables, Activities, and Coloring Pages. 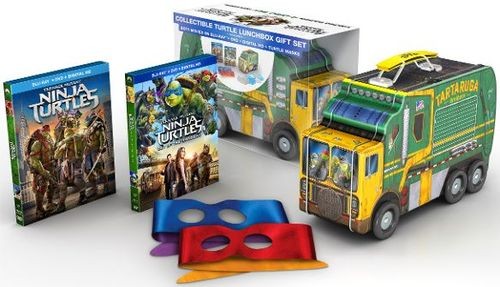 Win It!  One of you will win a Teenage Mutant Ninja Turtles Gift Set. Simply complete the Rafflecopter form and leave a comment with your favorite thing about the turtles!  Comments will close on November 5th, 2016 at 11:59 PM PST.
a Rafflecopter giveaway