It doesn’t matter where you came from. What matters is who you choose to be

Having watched The Smurfs with my father as a child, I can’t say that I ever really paid attention to their early stories and themes. As I sat inside the theater for the very first time to watch the second in Sony Pictures Animation’s Smurfs trilogy, I thought about how poignant this current film is. Even in the first few minutes of The Smurfs 2, Papa Smurf gets deep as he tries to quell Smurfette’s inner struggle about her origin. 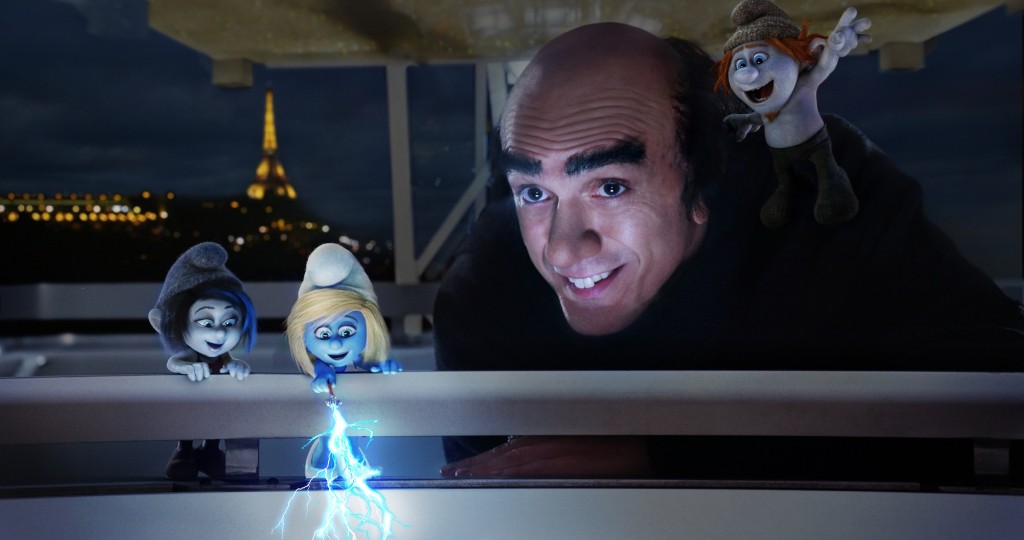 The original film had our favorite 3-apple high friends wreaking havoc in New York City and you may remember at the end, Gargamel was left in present-day New York City. Through the brilliance of social media, a blogger captures Gargamel using his magic on a taxi driver and the video goes viral. Soon he is regarded as the most powerful and renowned wizard in the world, which only fuels his aspiration for world domination. In The Smurfs 2, Gargamel is currently displaying his magic at the famed Paris Opera House to sold-out crowds. Concerned that his magic is running out, he creates the Naughties in hopes of extracting the essence he needs to carry out his plan, but much like Smurfette before her blue-tiful transformation, the Naughties aren’t able to give Gargamel what he needs. 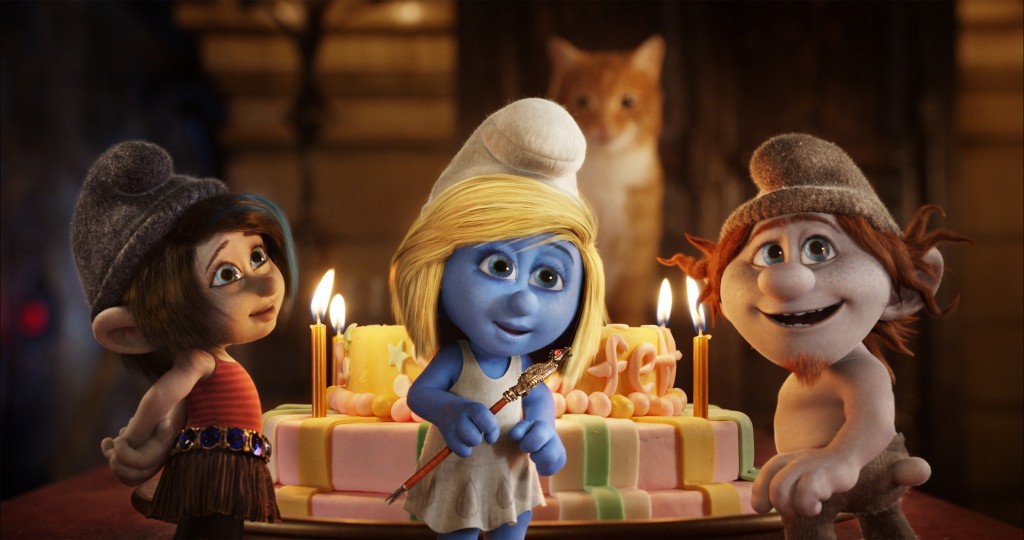 What we find in this second film is a deeper delve into the story of Smurfette and Gargamel’s evil motives. We learn that Smurfette was created by the wizard and in fact, was as naughty as new Smurfcomers Vexy and Hackus. She attained her true blue nature through Papa Smurf’s secret formula…the one that can make or break the entire Smurf race if ever it were to end up in the wrong hands…Which is exactly Gargamel’s plan. 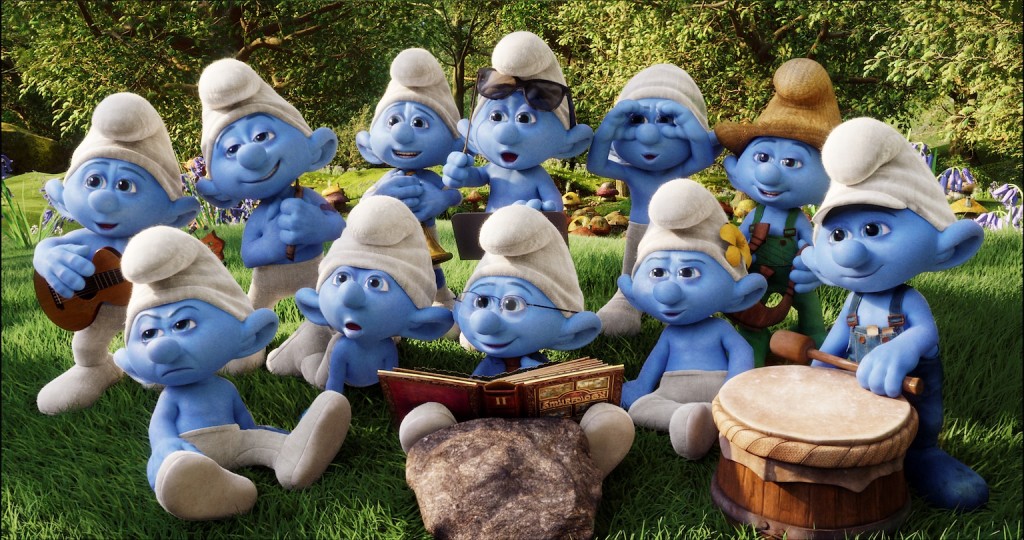 The film opens in Smurf Village where we find Smurfette feeling “blue” about the fact that everyone has seemingly forgotten her birthday. Questioning whether or not she “belongs,” she encounters Vexy, who’s naughty nature is immediately realized as she attempts to trick Smurfette, resulting in her Smurf-napping. Thus begins the Parisian Smurf-quest to rescue Smurfette with the help of their human friends Patrick and Grace Winslow (Neil Patrick Harris and Jayma Mays), their son Blue (who was just a baby in the first film), and stepfather Victor Doyle (Brendan Gleason). 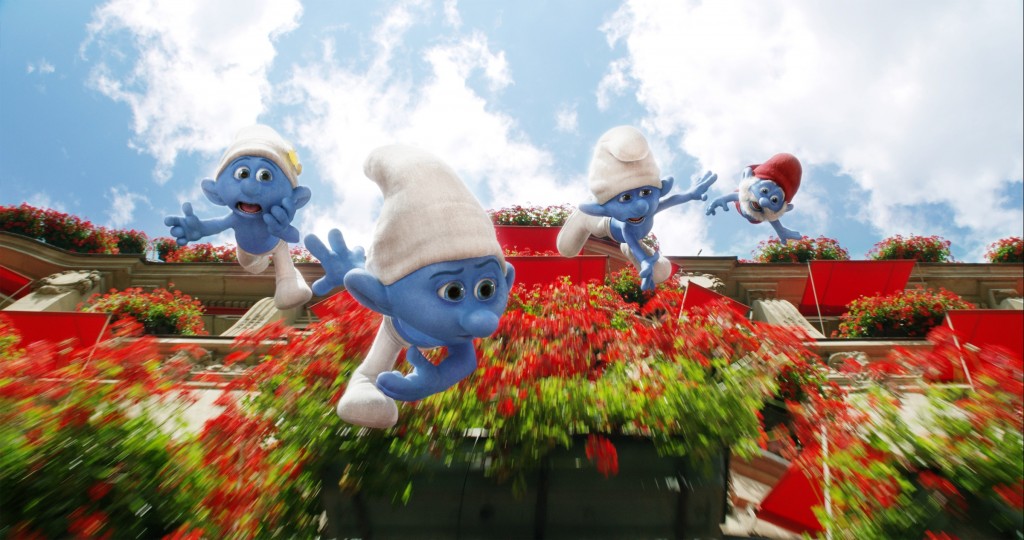 Once in Paris, the gang quickly realize Gargamel’s nefarious plan and witness Smurfette expressing her inner Naughty with Vexy and Hackus. Fearful they are losing her, they’ll have to work together, overcome their differences (after all, Papa Smurf’s “rescue” team is more of a B-list thanks to a Smurfy mishap), and avoid being spotted by Gargamel and his sidekick Azrael before Smurfette reveals the secret formula, threatening the entire Smurf species. 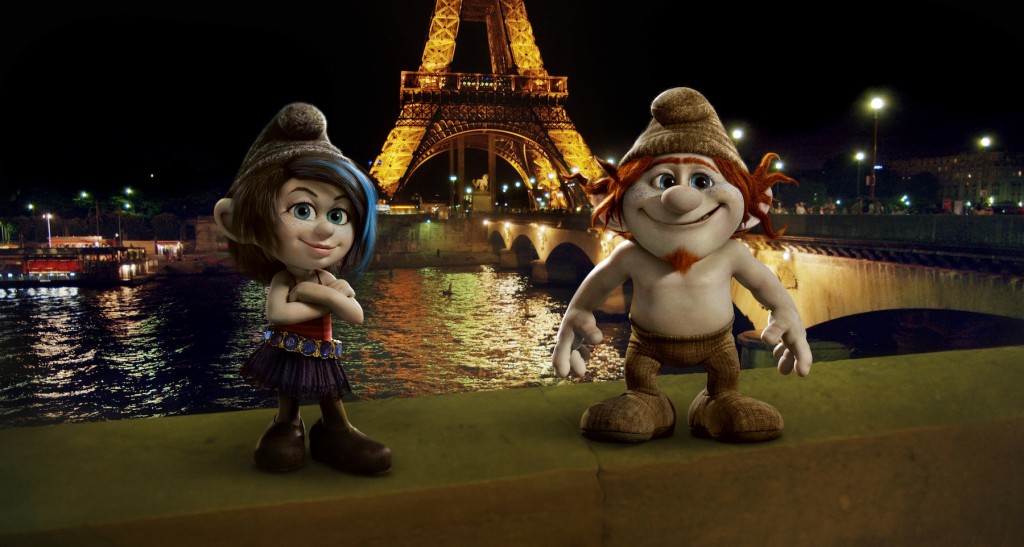 Each film in the Smurfs Trilogy was created as a live action/animated hybrid, and according to director Jordan Kerner, was the ideal setting for introducing audiences to the next chapter in the Smurfs story. The CG-animated mushroom-inhabited world where the Smurfs reside is rich, vibrant, and immersive, and I only wish we were able to see more of it in this second film. Much of The Smurfs 2 takes place in Paris, the beautiful, romantic city of lights, and there are several spectacular scenes where audiences soar with the characters over the Eiffel Tower, the Seine River, the Roue de Paris, and the Palais Garnier. 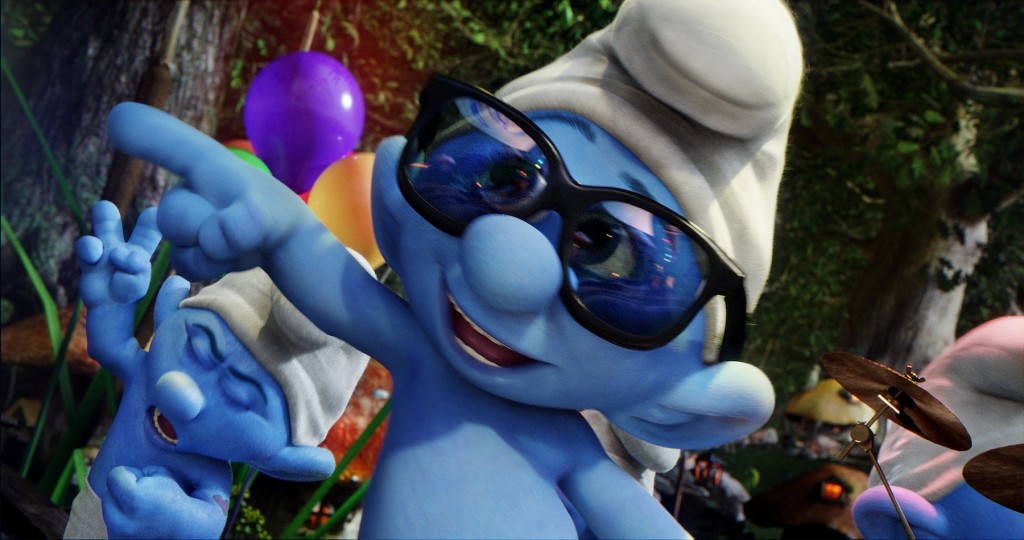 Filled with Smurfy humor, adventure, and tender moments that seek to broaden the traditional definition of family, the film will likely appeal to audiences both young and old. Some of the themes and jokes were definitely intended for adults although none were offensive or inappropriate.

Catch the next chapter of The Smurfs, now in theaters nationwide.

To celebrate the release of the film, you can download a few coloring sheets for your kids to enjoy here. 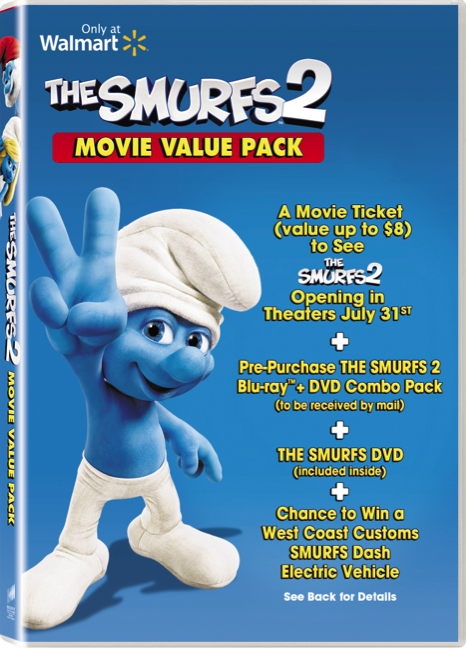 Also, Walmart has a Smurftastic offer available in-stores!  The Smurfs 2 Movie Value Pack includes a movie ticket to see The Smurfs 2, The Smurfs DVD, a pre-purchase for The Smurfs 2 Blu-ray/DVD Combo Pack, and a chance to win a West Coast Customs Smurfs Dash Electric Vehicle. For more information, visit the site.

4 Responses to In Theaters: The Smurfs 2 + Free Printables