No compensation was received for this post. I attended the premiere of the film which facilitated the writing of this post. 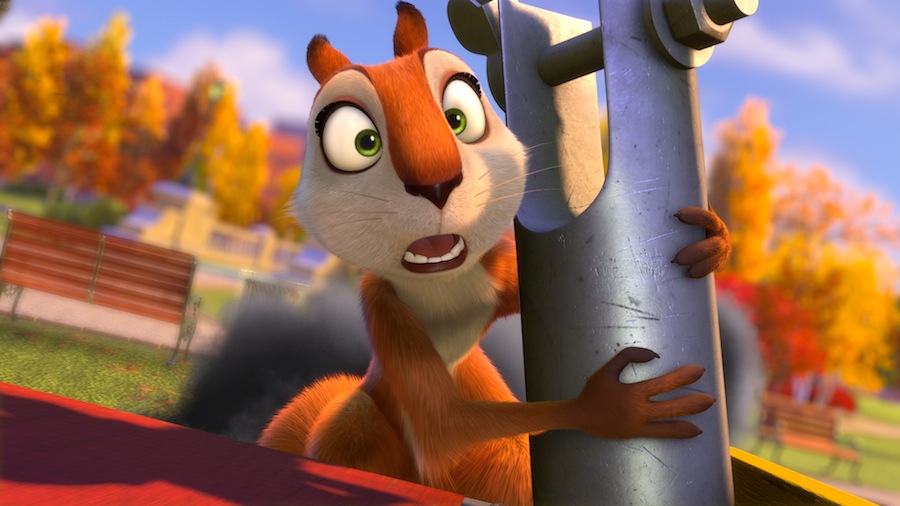 Even before I had seen a trailer for The Nut Job, my son was already talking about Surly the squirrel, who’s relinquished to the streets of Oakton when his self-serving nut-squandering habits set the only source of food in Liberty Park aflame. The film premiered in Los Angeles over the weekend, and despite its mixed reviews, I ventured out with our family to screen the film and hear from Katherine Heigl and Will Arnett, who lend their voices in this animated film. 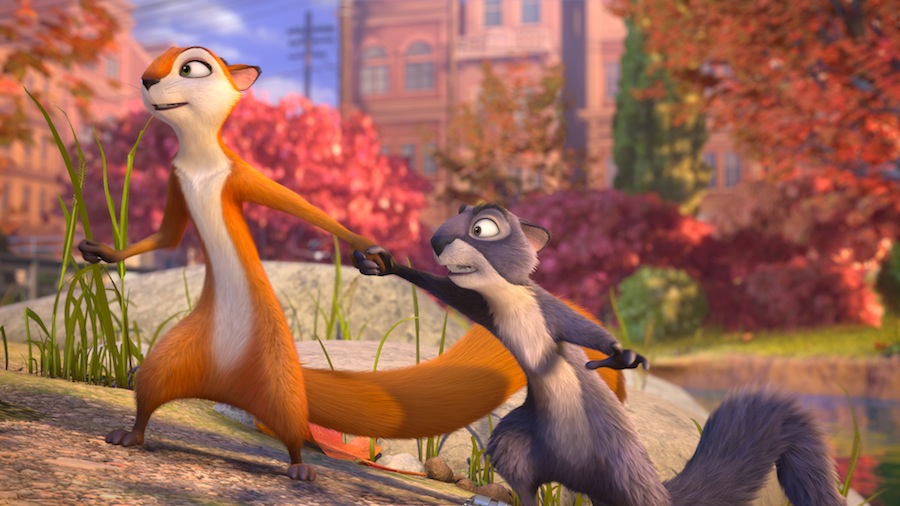 Interestingly enough, this Canadian-South Korean animated film is based on the 2005 short Surly Squirrel by director Peter Lepeniotis.  Set in the 1950’s, The Nut Job tells the redemptive story of Surly, who learns some important lessons about teamwork and friendship while fending for himself in the city.  Food is scarce in Liberty Park, but long before Surly’s careless mistake, Raccoon (aka keeper of the nuts) is looking for a way to rid the park of him. Without giving too much away, I like how Arnett cleverly commented that “sometimes things aren’t what you think in life.” 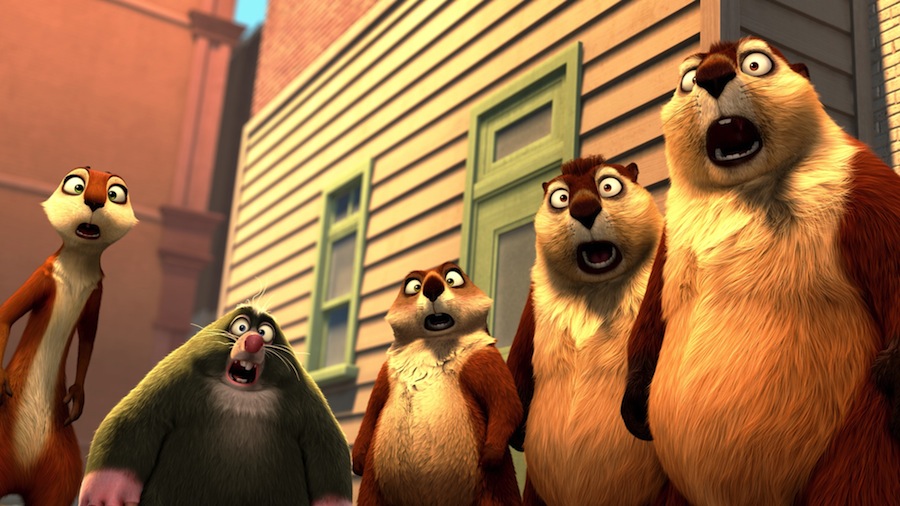 When Surly discovers a Nut Shop that is being used as a cover for a bank robbery, he devises a plan to sustain himself.  To his misfortune, his critter friends from the park also happen upon Surly’s discovery, forcing them all to work together.  Up until this point, the film had a rather slow start, but the action during the parallel heists and the emotion conveyed in the final scenes were enough to maintain our interest in the story. 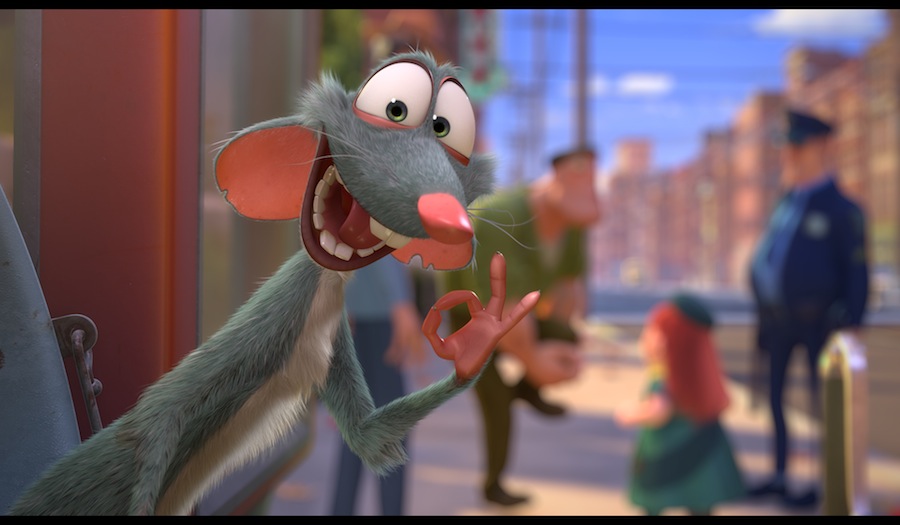 The friendship between Surly and Andie (voiced by Heigl) is poignant and I loved how she was the only one to see the good in him.  But two characters in particular stood out.  Buddy the rat, who doesn’t speak for most of the film, is the depiction of a loyal friend, standing by Surly’s side when no one else would.  His quiet allegiance is noteworthy and a remarkable example of friendship. Precious the dog is probably one of the most interesting and memorable characters in the film (if even just for her charm). 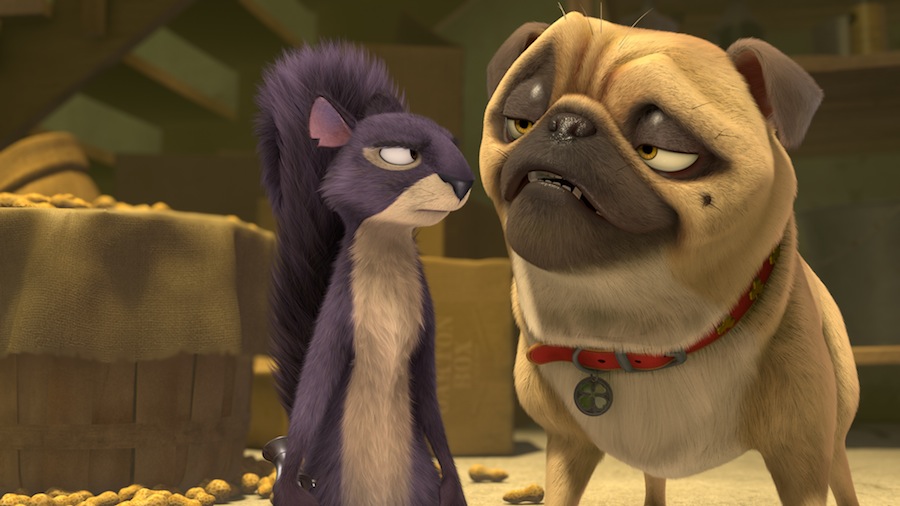 Along with providing some comic relief, the film offers thought starters for families to begin dialoguing about friendship, seeing the good in others, and second chances.  Arnett hopes that the message of teamwork comes across to audiences. “At the end of the day, you can’t always do it on your own…you’ve got to rely on the people that you trust and love, and together you can accomplish a lot.”  Perhaps the lesson that resonated most within our own family was the fact that we are going to make mistakes, but we can go back and do the right thing. I’m trying to teach my own children to see the good in people and I think this film conveyed that message well. 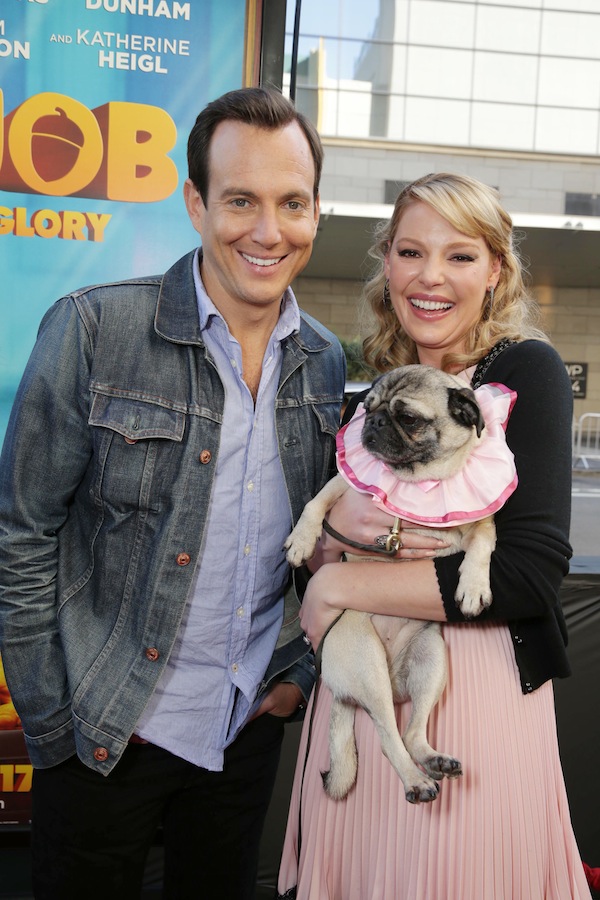 Although admittedly, the film was rather predictable, my kids enjoyed it.  Filled with action, adventure, and comedy, The Nut Job will delight and entertain young children this winter season.

Here are some additional photos from the Red Carpet Premiere of The Nut Job!