One of my father’s favorite candies was the infamous Nestlé Crunch Bar, and while we never had a lot of sweets in our household, I specifically remember sharing the crisp rice-filled milk chocolate bar with him during movies and other special occasions.  If you can believe it, Nestlé Crunch is celebrating it’s 75th birthday, and the brand has kicked off an incredible month-long celebration!  Inspired by the iconic bar, fifteen of the nation’s top bakeries created their best Nestlé Crunch-inspired treats which will be featured on the brand’s Facebook Page for fans to decide their favorite. 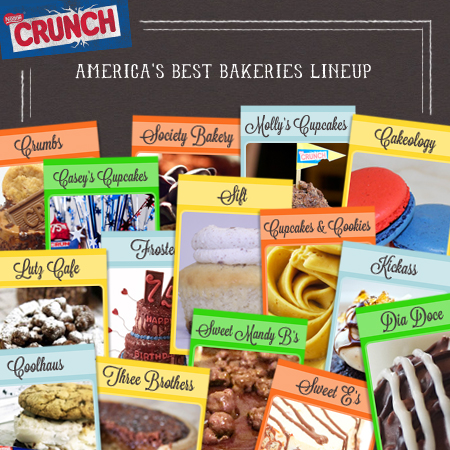 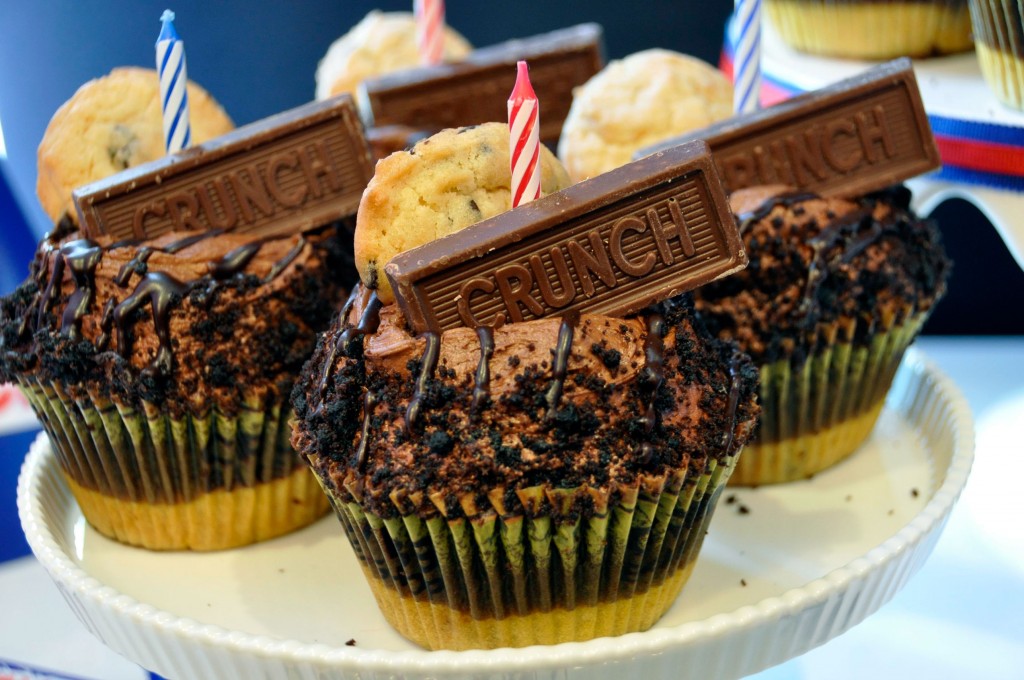 Crumb Crunch Cupcake by Crumbs: Lisa Hess-Marks began with a blondie base and added  Nestlé Crunch chunk. This was baked inside a moist chocolate cake and topped with chocolate buttercream, a mini cookie, a mini Nestlé Crunch Bar, and a chocolate ganache drizzle. 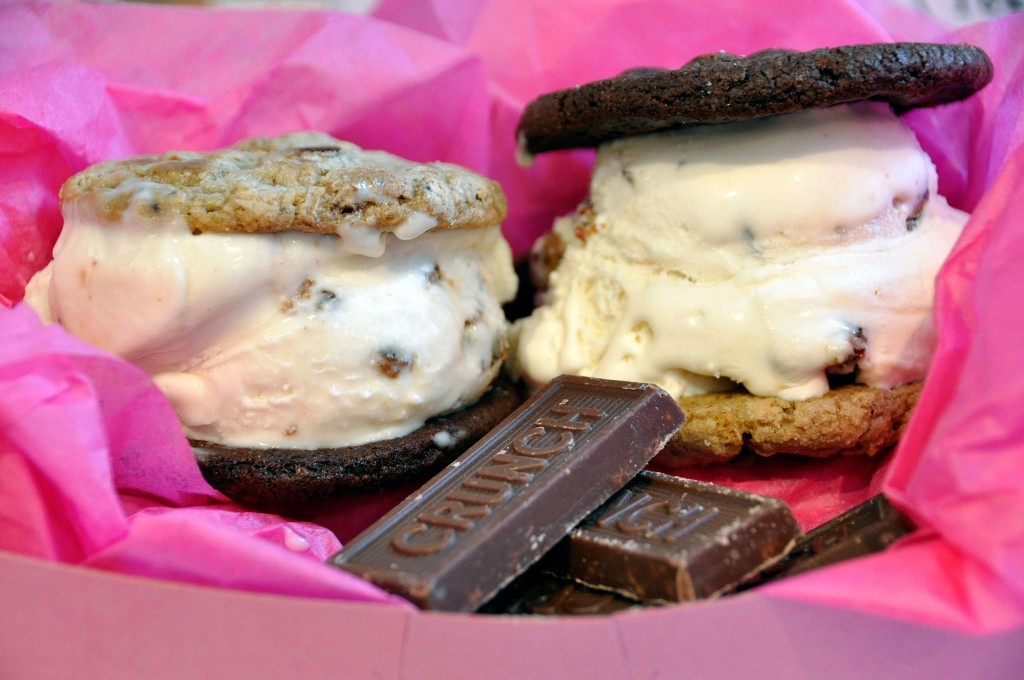 Candied Bacon Ice Cream Cookie:  Natasha Case created a Nestlé Crunch Brown Butter Candied Bacon by combining an ice cream base with nutty browned butter and swirled with bacon that has been caramelized in brown sugar and maple syrup and chunks of Nestlé Crunch Bar. 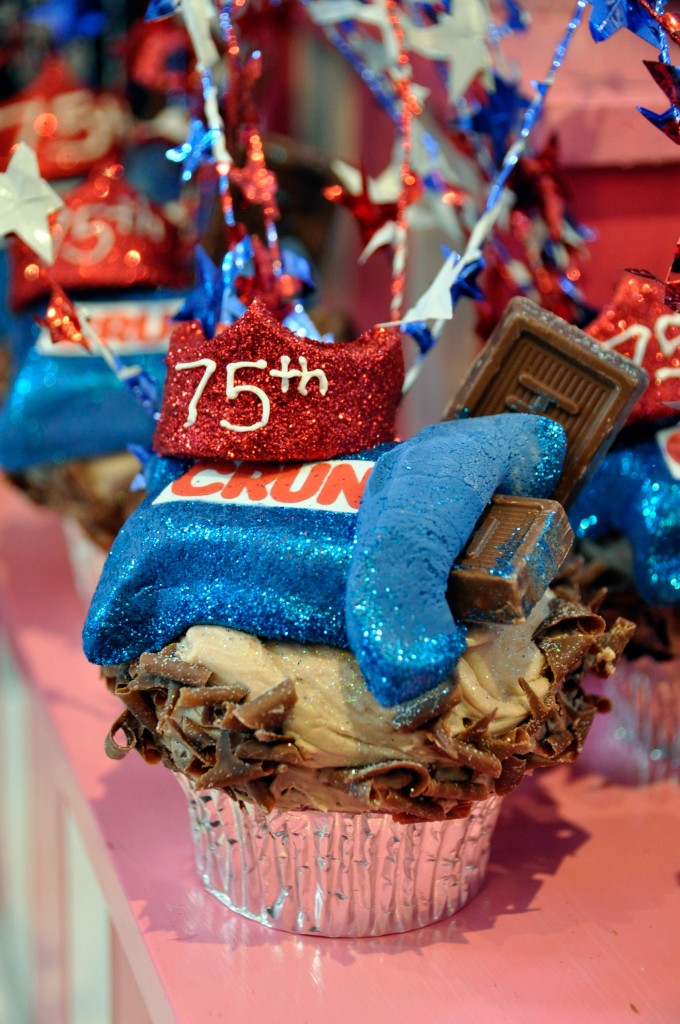 Which is your favorite?  I have my eye on the Nestlé Crunch Munchies from Cakeology because I absolutely love Macaroons.

Be sure to cast your vote weekly since Nestlé Crunch will choose 75 winners each week!  The three bakers with the highest number of votes will participate in a final bake-off to determine the grand prize winner which will hold  Nestlé Crunch’s 75 birthday candles.

If you live near one of the 15 featured bakeries, be sure to stop by to try out these Nestlé Crunch-inspired treats. But hurry, they’ll only be around through the end of the month (April 21st, 2013).

No compensation was received for this post. I was invited to a media event which helped facilitate the writing of this post.