Saturday mornings as a child were spent watching cartoons in pajamas with my father. One of our favorites was the Smurfs, which debuted on television in the early ’80s. These blue human-like creatures reside in mushroom-shaped houses in the forest and were created by Belgian comics artist Peyo. Now a global phenomenon, the Smurfs have appeared in everything from films and TV series to ice capades, video games, and theme parks. 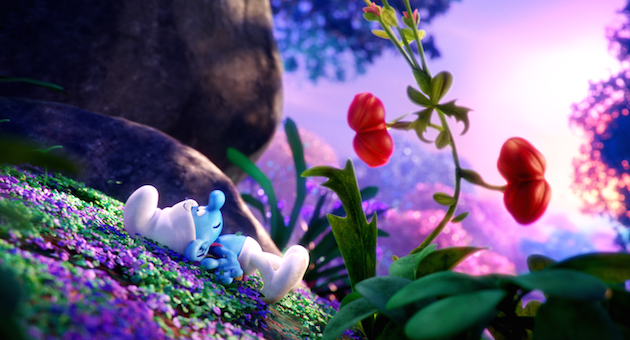 This Spring, audiences will experience the Smurfs in a brand new fully animated feature film titled Smurfs: The Lost Village. As we learned during Sony’s exclusive Animation Slate Presentation, the filmmakers aspired to approach this new story from a fresh perspective. According to director Kelly Asbury, “I was very insistent that we really capture as much as possible the look and feel of the original comic books by Peyo.” 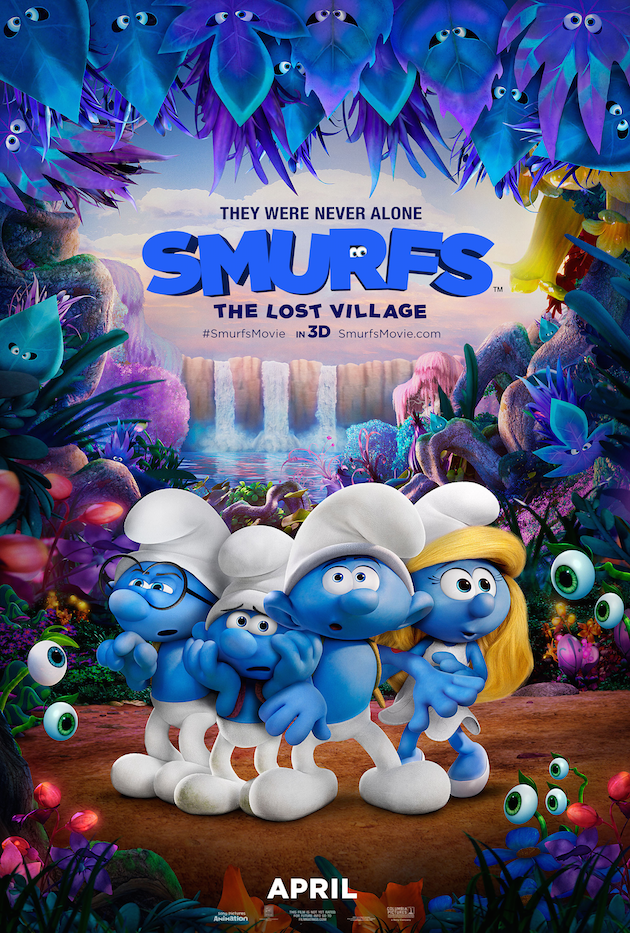 Smurfs: The Lost Village takes the Smurfs on a brand new adventure where Smurfette has set out to find her purpose in the village. A mysterious map sets Smurfette and her friends Brainy, Clumsy and Hefty on an exhilarating race through the Forbidden Forest to find the mysterious lost village before the evil wizard Gargamel does. Filled with action and danger, the latest Smurfs undertaking will lead them to the discovery of the biggest secret in Smurf history.

Smurfs: The Lost Village debuts in theaters April 7th, 2017, but one of you will win tickets to the world premiere in Los Angeles!!! Be sure to enter below via the Rafflecopter form.

In honor of the theatrical release of the film, I’m sharing these free Smurfs printable coloring sheets and activity pages. 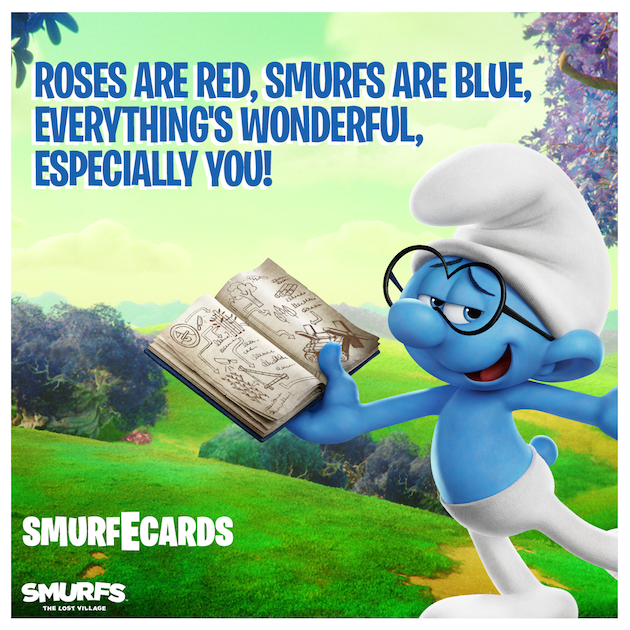 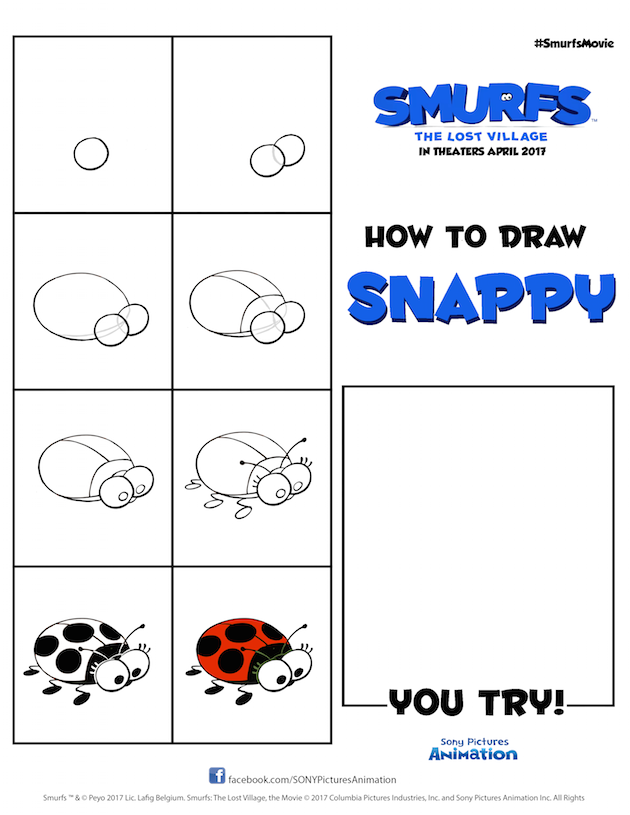 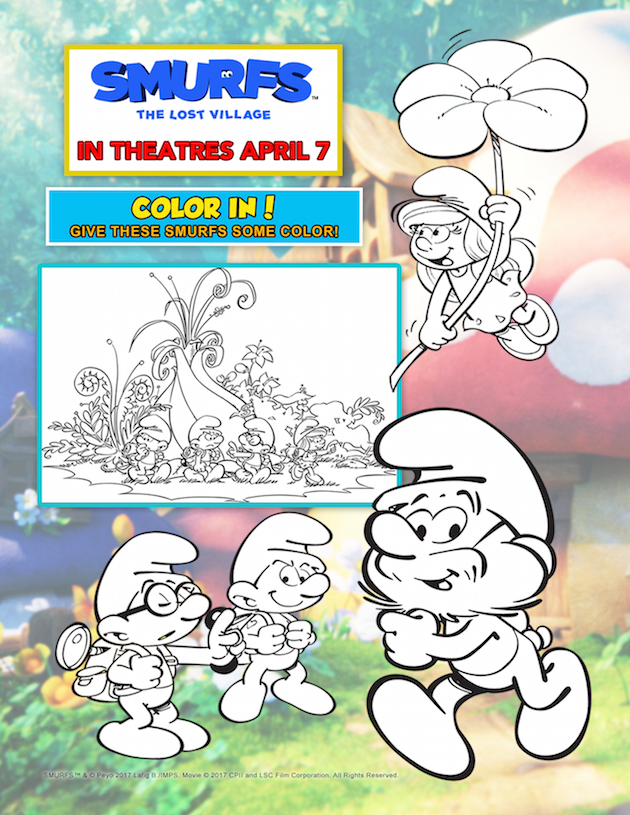 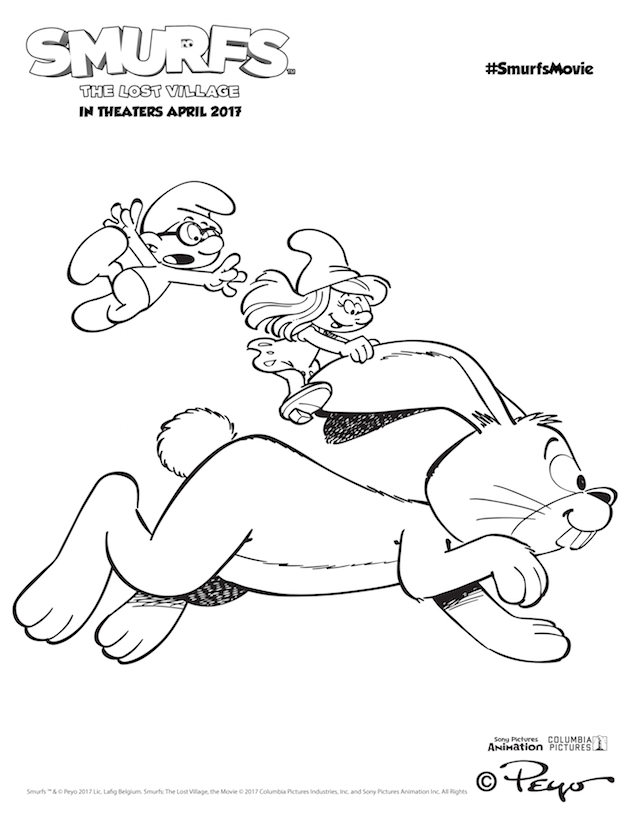 Win It!  One of you will win 4 tickets to the World Premiere of Smurfs: The Lost Village on April 1st, 2017 in Los Angeles, California!  To enter, simply complete the Rafflecopter form and leave a comment with one of your favorite Smurfs memories. Comments will close on Friday, March 31st, 2017 at 8 am PST. Please note that this giveaway does not include travel to Los Angeles.