This giveaway is now closed. Thanks for stopping by. The winner is Tawnda M. Congrats!

No compensation was received for this post.  Products for review/giveaway supplied.

Of all of the films my kids have seen this year, Despicable Me 2 is hands-down their favorite.  In this hilarious sequel, Steve Carell reprises his role as reformed bad guy Gru, now focused on raising his three adopted daughters. But that won’t last long.  When newcomer and secret agent Lucy Wilde recruits Gru to help the Anti-Villain League track down a new criminal, Gru must maintain his cover.  He is challenged to wade through the trials of parenthood, including his teen daughter Margo’s bad guy love interest. 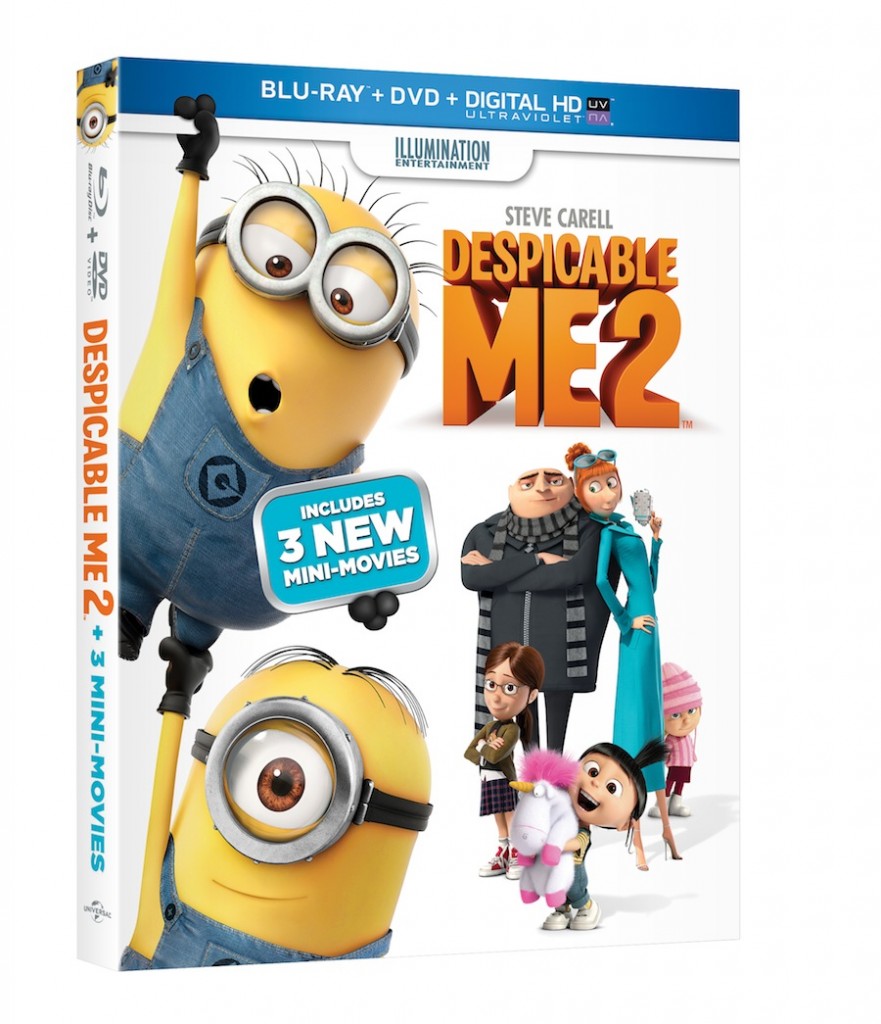 Today, Universal Studios Home Entertainment released Despicable Me 2 on Blu-ray, Blu-ray 3D, DVD, and Digital HD and as you might expect, there are a host of bonus features! The combo packs include a Blu-ray, a DVD and Digital HD with UltraViolet for viewing anywhere on any device. Bonus features include 3 brand new mini movies which my kids have been watching over and over again because they are absolutely enthralled with the Minions (fortunately, an entire film dedicated to Gru’s henchmen is scheduled to be released in the summer of 2015).  Additional features include a visit to Illumination Entertainment in Paris and LA to see what it’s like to work with the Minions, a discussion with Steve Carell on his bad guy turned dad and international spy transformation, a look into the process of designing the evil purple minions, and how actor Benjamin Bratt brought his villainous character El Macho to life.

If you choose to purchase the film on Blu-ray or DVD, you’ll get 3 bonus features including a discussion with the actresses who voiced Gru’s daughters, the creation of the world in Despicable Me 2 (including lipstick tasers and jelly guns), and commentary from directors Chris Renaud and Pierre Coffin. 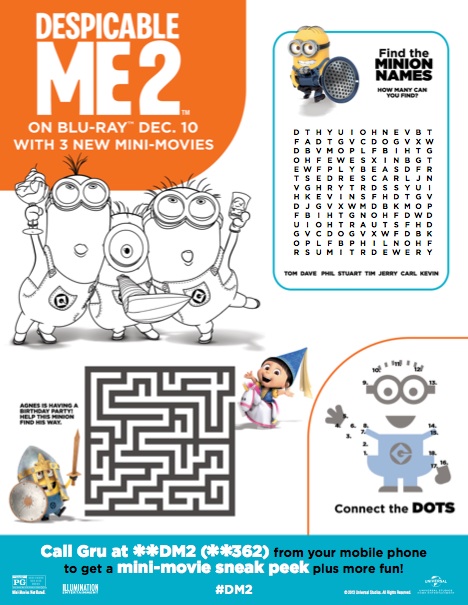 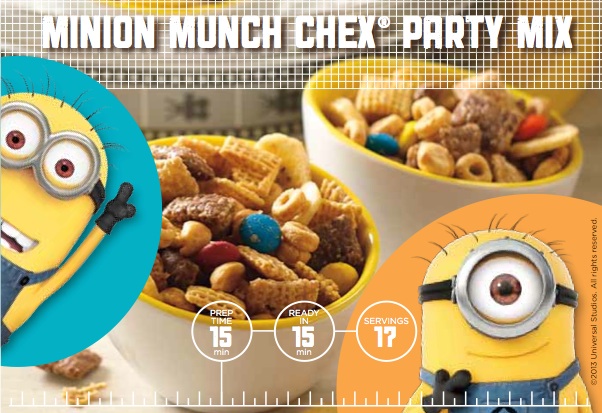 To celebrate the release, I have a few Despicable Me 2 printables you can share with your kids.  Since we’re heading into the holiday season and my kids will be on break soon, I’m saving these for cold, rainy days!

Can’t get enough of the Minion Madness?  Check out the Minion Mobiles in Los Angeles, New York, Chicago and Philadelphia.  They’ll have prizes and other surprises including Minion Island Vacation to Hawaii.  To find an event near you, visit DespicableMe.com/Events.

Win It! One of you will win a Despicable Me 2 prize pack which will include the DVD, a Minion Beanie (my son won’t take it off!), a pen and a Despicable Me 2 Plush!  Simply complete the Rafflecopter form and leave a comment with your favorite Despicable Me 2 moment.  Comments will close on December 25th, 2013 at 11:59 PM PST.