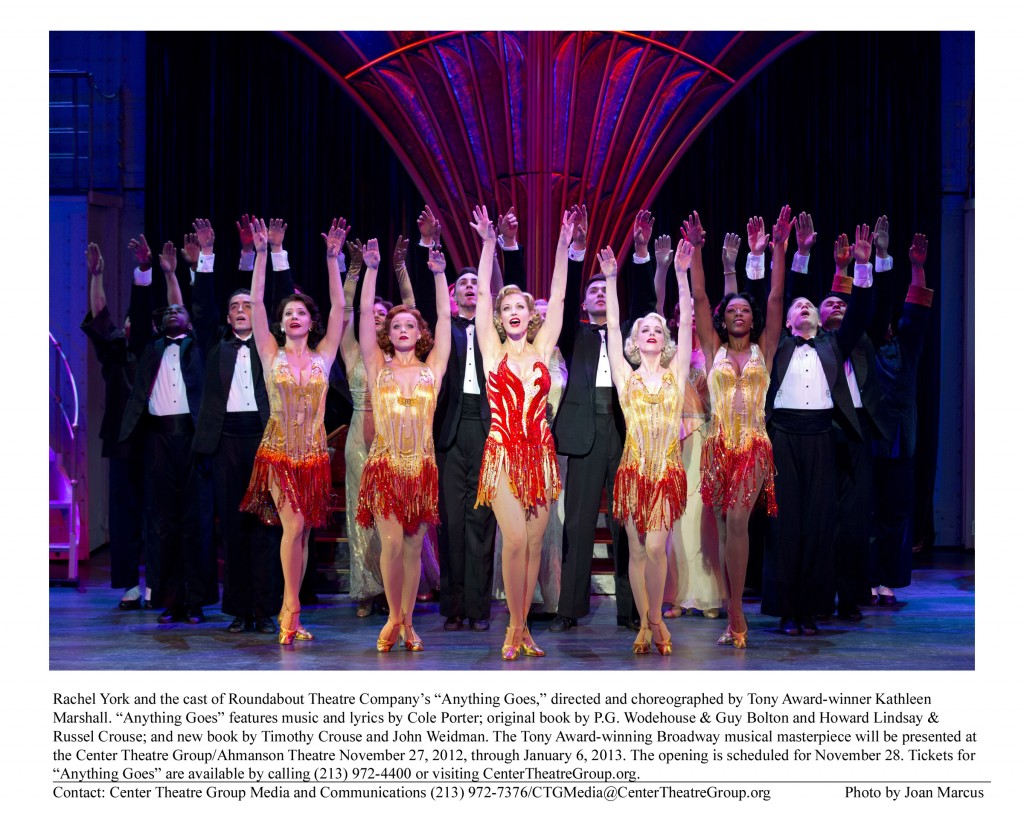 One of the little known facts about LA is that the city has a vibrant theater scene, albeit not as expansive or heavily promoted as Broadway.  Perfectly timed for the holiday season comes 2011 Tony Award winner Anything Goes, a 1934 musical comedy about “lovers, liars and clowns” on a transatlantic cruise.

The show, which made it’s first debut at the Neil Simon Theatre on Broadway nearly 80 years ago, has been revived a number of times and is currently touring through August of 2013.  Anything Goes will run through January 6th at the Ahmanson Theater in Los Angeles, and shortly I have a full review for you.

Right now, the Ahmanson has a few specials going on surrounding the show. A limited number of Hot Tix can be purchased for just $20.  For details about this and additional offers, visit the show’s website.